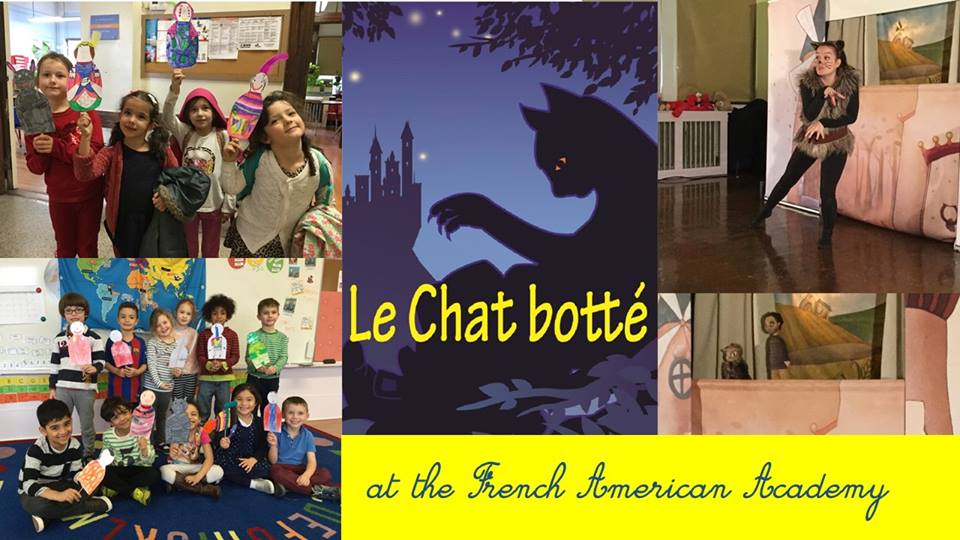 The children watched, sang along and absolutely enjoyed this performance of a classic story by French writer, Charles Perrault. They also attended a workshop lead by the Director,  Sophie Balazard and her actress and puppeteers. Our student made their very own puppet to keep a souvenir of this unforgettable day.

In order to develop confidence, creativity and oral skills, we choose to promote plays and performances at the French American Academy. Not only our teachers do encourage their students to express themselves through “What’s Up Today?” routines or rehearse recitals of poems and play scenes during class but we also regularly take them to local theaters to watch professional performers and actors playing  famous, classic or modern roles.

We are also  already working on our End-of-the-Year Celebration and can’t wait to share this long-term commitment with our community of parents. Stay tuned for the big finale!