Bilingualism, a world of possibilities

At the French American Academy, we believe in the transformative powers of a bilingual education. Exposing a child to more than one language, a bilingual immersion, at a young age is crucial. This early exposure takes full advantage of a child’s innate language-learning abilities and natural curiosity about the world. Not only it gives them fantastic language skills, but It also provides them with an understanding of cultural differences and similarities of the two countries.

Raising bilingual child requests a bilingual school, a school in French and in English. Many of our children started in our program without knowing a word of French, Louis, Charlotte, Daniel, Caity, Zoe, and many other…. Through our program, they were exposed, intrigued and eager to communicate. Before the end of the school year, they were able to have a conversation with their teachers and classmates. Those in First Grade were able to  read in French and English.

Your child can also enjoy similar success! Discover how we teach bilingualism in the classrooms and how practice at home can help improve the results

Discover the New AEFE Brochure about the Benefits of a French Education! 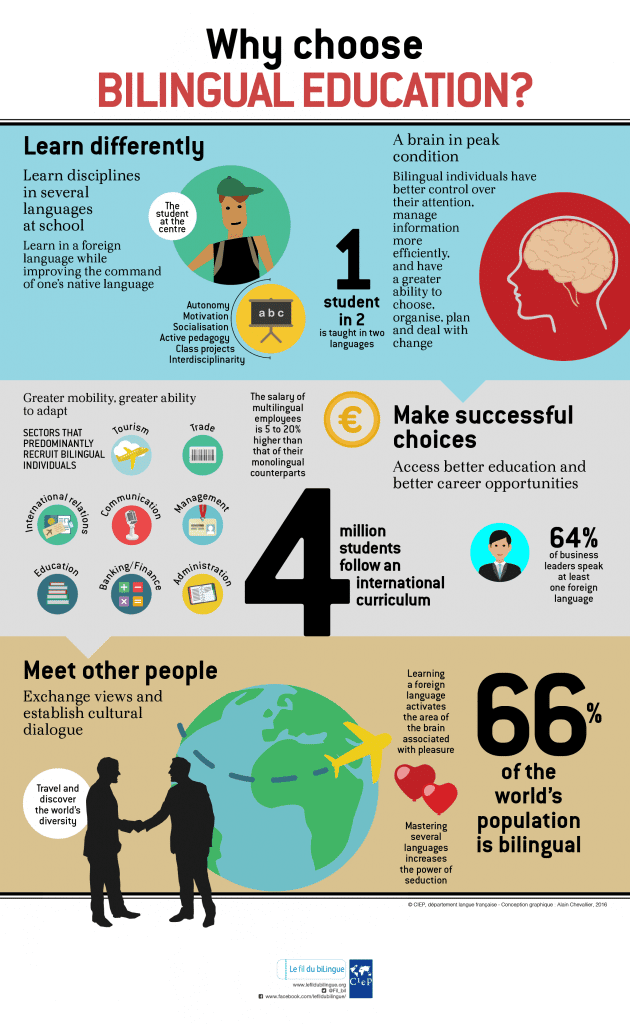 Articles and reviews in the Media

Foreign Languages And The Complexities Of Bilingualism
Euronews | October 2016

Of course, as a school dedicated to bilingual learning and bilingual education programs, we also keep a careful eye on the research in the field.

Some key findings from recent years include the following: